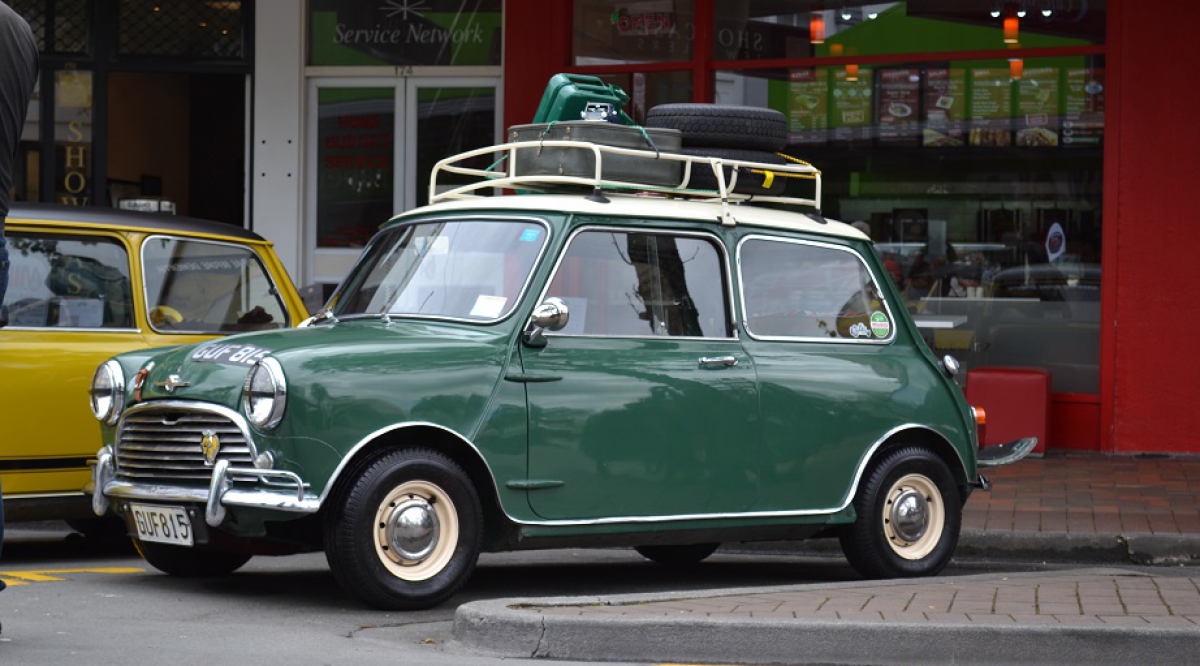 I figured, what better way to start off my own blog than to explore the very earliest beginnings of what could be argued is my obsession with classic Minis?

If we actually go right to the start, it began with classic MGs rather than the Mini. My very first experience with a classic car was when my dad purchased a 1967 MGB GT, sight unseen, from a town called Geraldine on the south island of New Zealand. I must’ve been about 13 years old at the time, and lived in Auckland on the north island, so the drive back home was a small adventure in itself!

This car was almost completely original with its Mineral Blue paintwork, silver wire-spoke wheels, a steering wheel the size of a small moon, and no stereo system or modern creature comforts to speak of. And I loved it.

Not long after buying the car, my dad and I embarked on a fairly impromptu road trip. We planned a route all the way down to the bottom of the south island, then all the way back up the other side on what was really a fantastic sight-seeing adventure. In a bid to keep it as low-cost as possible, we filled up the surprisingly cavernous hatchback with some cheap camping gear and several tins of baked beans, hopping from campsite to campsite as we made our way down the country and back up again.

We were fortunate enough to have been on the final return leg of the journey home when one of the piston rings decided to fail, just as we came off the ferry from Picton to Wellington. Of course had this been a modern car, it likely would’ve refused to carry on at all – but the stubborn little GT got us all the way back home, running on 3 cylinders. Sadly this was the last time the MG was driven since it was promptly stripped down by my dad for a full restoration job, which never came through to completion – the car was sold a few years later as an incomplete project.

A while later, I was 17 years old in my final year of schooling. For whatever reason this particular school decided to give each student a full day, Wednesday every week, to dedicate to a project completely of their own choosing. A school mate of mine mentioned that he was working on a classic mini in his garage at home, so we hatched a plan to spend each Wednesday slowly building it up into a complete car, then present the completely restored Mini to our teachers at the end of the year. So do that we did!

He also had a complete running 1275GT on the road at the time, which was my first ever experience as a passenger in a classic Mini – much like my experience with the MG all those years ago, I fell in love all over again. It was so nimble through the corners, felt ridiculously fast with its low seating position, and had that ever-so-characteristic roar coming from the little A-series engine.

For the remainder of the year we carried on tinkering, tidying, painting and tweaking with the project Mini, which ended up being painted white with a black roof, sat on a set of 13″ wide wheels and sportspack arches. For a couple of teenagers we did a pretty good job!

After working on that car for a while, I knew I just had to get a Mini of my own. I looked for months online to find the perfect car, and eventually stumbled across a 1965 Mk1 Morris Mini, registered GUF815, for sale on TradeMe (NZ’s online auction site, basically eBay). I’d just missed out on the chance to bid on it but the auction closed without meeting the reserve price, so I kept an eye on the listing in case it popped up again.

Lo and behold, on the 28th December the car was offered at a fixed price of $4,500 dollars. Against my better judgement, and much like my dad had done with the MG those years ago, I hit the button and committed to buying the car sight unseen…

The very next day on my 18th birthday, my dad and I drove a couple of hours south to a small town called Pirongia where the Mk1 was stored. I drove it back home after a quick “lesson” on its various quirks from the previous owner, and the rest is history!

I’ll write up a separate post about the various additions and changes I made to GUF815 over the years, but since then I’ve moved to the UK, GUF still lives in my dad’s garage in New Zealand, and I now daily-drive a 1991 Mini Neon called “Bertie”.

There seems to be a consensus among many classic car owners and motorists that daily driving a classic is just a bad idea. It certainly does have its drawbacks, yes – but the idea of using a classic car like the Mini as your regular commuter has a lot more merit than you might think…. 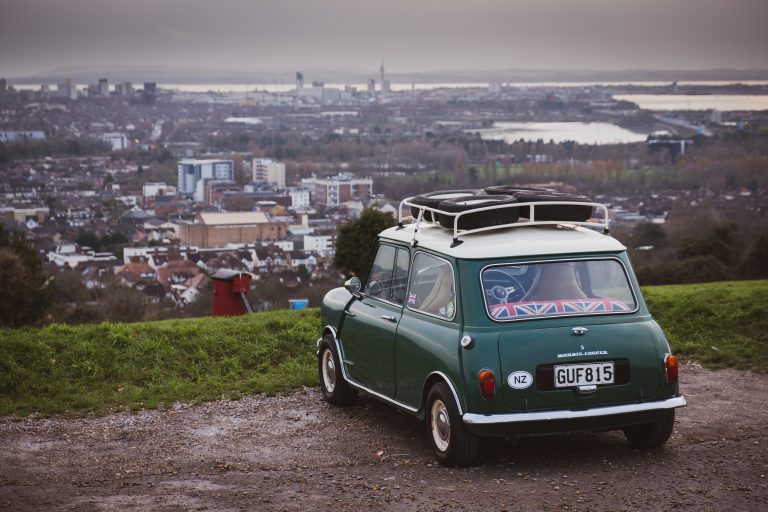 I’m a bit late to the party with this blog post and I’ve been a bit slack with updates recently, but happy new year everyone! It’s been an eventful few months for me, having started a brand new job in November (I should update my CV really!), had our Christmas plans dashed at the last…